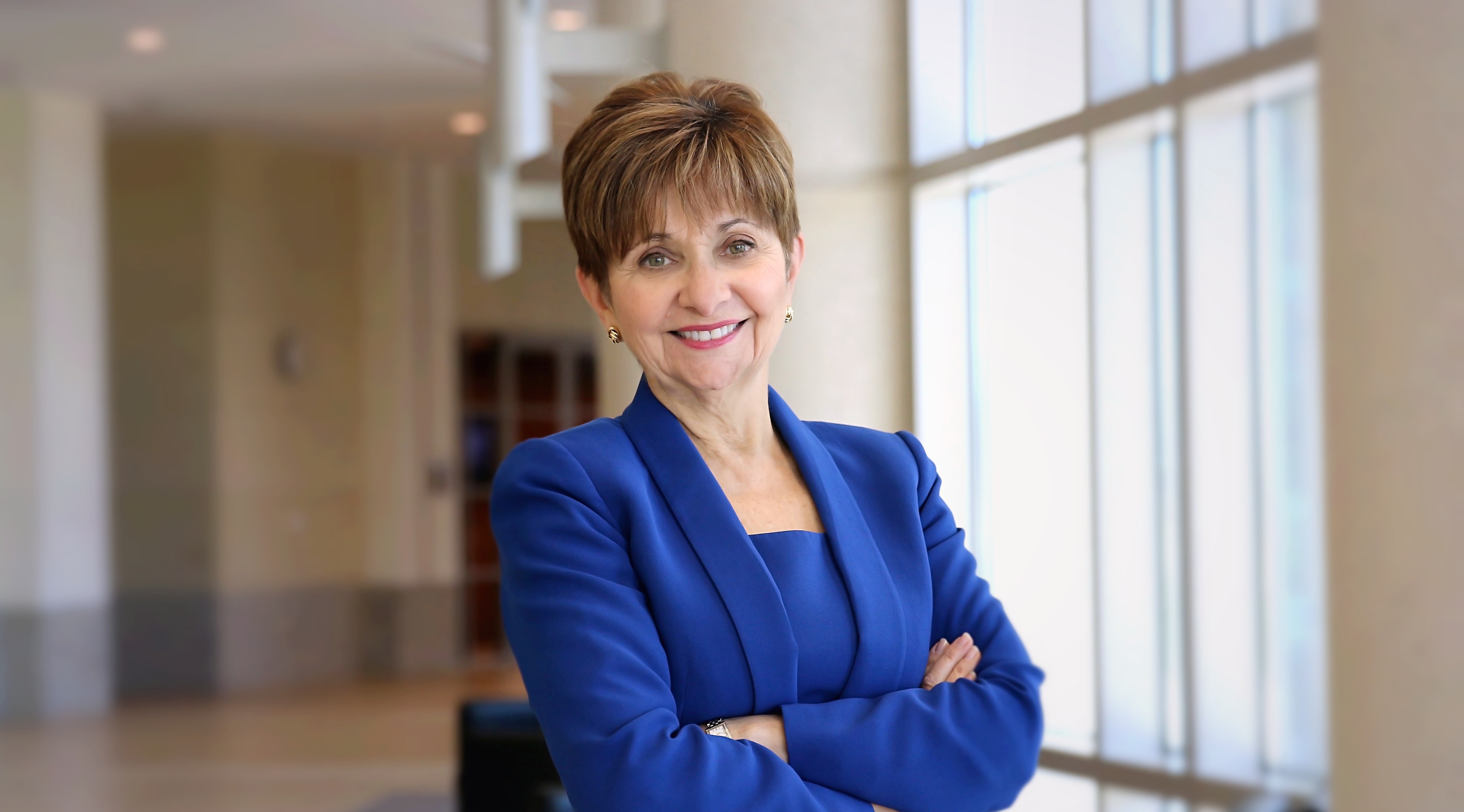 Dr. German was appointed Founding Dean of the University of Central Florida College of Medicine in December 2006. She also serves as UCF’s Vice President for Health Affairs, leading an emerging UCF Academic Health Sciences Center that includes the Colleges of Health Professions and Sciences, Medicine and Nursing and Student Health Services.

Under Dr. German’s leadership, the College of Medicine has become the academic foundation of the emerging Medical City at Lake Nona, five minutes from one of the world’s most visited airports. During her tenure, she:

Deborah German earned her undergraduate degree in chemistry at Boston University and gained her M.D. degree from Harvard Medical School.

She was a Resident in Medicine at the University of Rochester in New York and after residency became a Fellow in Rheumatic and Genetic Diseases at Duke University in Durham, North Carolina. She was appointed to the faculty at Duke University Medical School and worked in the Howard Hughes Medical Institute, studying adenosine metabolism.

She was also Director of the Duke Gout Clinics and Associate Dean of Medical Education while maintaining her own private practice of Internal Medicine and Rheumatology.

In 1988, Dr. German joined Vanderbilt University, Nashville, Tennessee, as Associate Dean for Students and later Senior Associate Dean of Medical Education. She was also the National Chair for the Association of American Medical Colleges’ Group on Student Affairs.

While in Nashville, Dr. German served on the Board of Trustees of the Tennessee Medical Association. She also chaired the Tennessee Board of Directors for the Arthritis Foundation.

After 13 years at Vanderbilt, Dr. German next served as President and Chief Executive Officer at Saint Thomas Hospital in Nashville. She was also Senior Vice President and Chief Academic Officer for Saint Thomas Health Services. Dr. German led a successful hospital turnaround and initiated service excellence and quality programs at the hospital that received national recognition. Throughout this time she continued to practice medicine.

In 2005, Dr. German spent a year at the Association of American Medical Colleges in Washington, D.C. as a Petersdorf Scholar in Residence. She studied the leadership of academic health centers framed in the concepts of chaos theory and complex adaptive system science.

Dr. German has received numerous awards for leadership, community service and teaching, including the Local Legend of Medicine in the National Library of Medicine, the American Medical Women’s Association Presidential Award, the Renaissance Woman in Medicine Award and the AAMC Women in Medicine Leadership Development Award. Most recently she was awarded the University of Rochester’s Hutchison Medal, the university’s highest recognition of personal achievement by an alumnus. She is a secretarial appointee to the National Academics Affiliations Council for the U.S. Department of Veterans Affairs, chairs the President’s Council on Learning Health System for the Association of Academic Health Centers and also on the association’s board of directors.

Dr. German is the mother of two daughters and has one grandson.