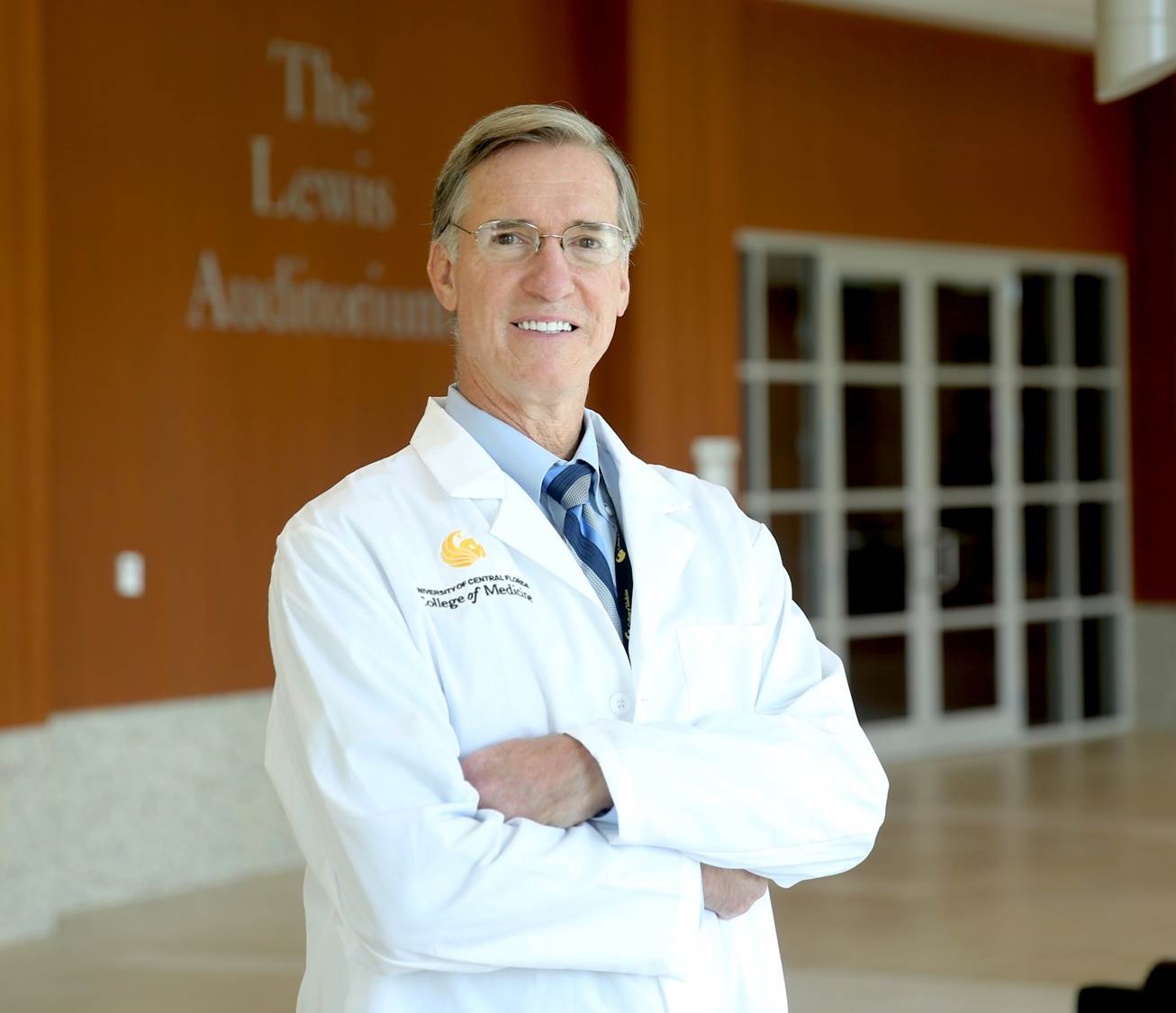 Dr. William DeCampli is Professor of Surgery in the Department of Clinical Sciences at the College of Medicine, Chief of Pediatric Cardiac Surgery and Co-Director of the Heart Center at the Arnold Palmer Hospital for Children, a UCF affiliate hospital.  He is also a Graduate Faculty Scholar at UCF and holds a courtesy appointment in the College of Engineering and Computer Science (CECS).

Dr. DeCampli joined the Faculty during the formation of the COM and has been a member of the Curriculum Committee since the admission of the inaugural class.  He was a member of the planning team for the M2 Cardiopulmonary module and has taught sessions annually on congenital heart disease since the inception of the module. He has been a FIRE module mentor for ten students, seven of whom have won research or module awards and/or presented at regional and national meetings.  He has participated annually in the COM applicant interview process, including that of the inaugural class.  He served on the selection committee for the Associate Dean for Research and is currently serving on the planning committee for the Master’s Program in Biomedical Engineering, on the search committee for biomedical engineering faculty in the CECS, and the Faculty Interest Group for cardiovascular sciences at the Burnett School.  In 2011 Dr. DeCampli won the Richard B. Hornick Faculty Excellence Award and in 2013 a Golden Apple Award for FIRE module mentorship.  In March 2015 he served as Distinguished Speaker for the Burnett Honors College luncheon program.

Dr. DeCampli’s research centers on outcomes analysis in congenital heart disease (CHD), surgical methods for the management of single ventricle CHD, and the study of flow patterns in adult and congenital heart disease using multi-scale modeling and computational fluid dynamics, with applications to surgical planning.  He is the Managing Director of the Data Center of the Congenital Heart Surgeons’ Society at the Hospital for Sick Children in Toronto, for which he also holds the rank of Professor of Surgery (adjunct) at the University of Toronto.  The Data Center conducts complex longitudinal data analysis on a dozen cohorts of patients with uncommon forms of CHD.  Dr. DeCampli currently holds an NIH (R21) grant, the Innovative Research Grant from the American Heart Association, and an OrlandoHealth Foundation grant in pediatric cardiac surgery.  He is Deputy Statistical Editor of the Journal of Thoracic and Cardiovascular Surgery (JTCVS) and is on the Editorial Boards of JTCVS, the Annals of Thoracic Surgery and the World Journal for Pediatric and Congenital Heart Surgery.  Dr. DeCampli participated in two University symposia to establish collaborative research between the COM and other UCF Colleges.  He currently conducts collaborative work with the CECS, CREOL, and CSS.  He and Dr. Alain Kassab (CECS) will direct the 5th International Symposium on Engineering Frontiers in Congenital Heart Disease to be hosted by the COM in June 2016.

As co-Director, Dr. DeCampli has led the Heart Center at APH to national recognition and five appearances in US News and World Report as a top-ranked program in pediatric cardiology and cardiac surgery.  His program has performed thousands of operations on patients from newborn age to young adults.  Dr. DeCampli, with co-Director Dr. David Nykanen, has led the Center’s achievements in several major surgical and interventional innovations in CHD therapy that make the use of their unique “hybrid” surgical/catheterization laboratory.  These innovations have included a lesser invasive, “hybrid” approach to stage II palliation for single ventricle CHD, the invention of a radiofrequency “drill” to create antegrade blood flow in pulmonary atresia, and the use of blood viscoelasticity to determine coagulation status during cardiopulmonary bypass.