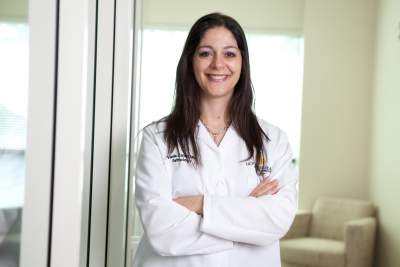 Dr. Vania Zayat is a board-certified anatomic and clinical pathologist with a special interest in medical education. Dr. Zayat began her medical career at Kaunas Medical University, Lithuania. In 2005, she began a pathology residency program at John H. Stroger Jr. Cook County Hospital in Chicago, Illinois, where she also served as a chief resident. Upon completing the program, she entered a pathology program at Loyola University Medical Center in Illinois.

The College of Medicine welcomed Dr. Zayat in September 2011. She serves as the Module director for S-1: Hematology and Oncology. Her academic efforts are focused on developing and presenting pathology content, and several of the system-based modules including S2: Endocrine and Reproductive systems, and S4 Gastrointestinal and Renal systems.