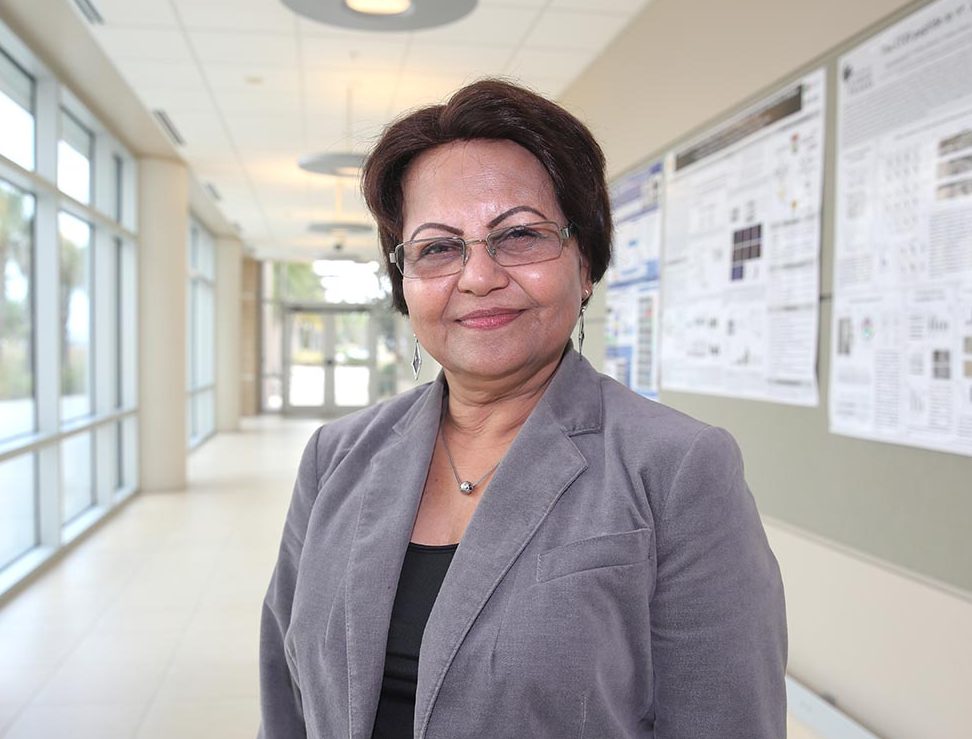 Research in my laboratory is focused toward understanding the molecular mechanism of regulation of gene expression in prostate and breast cancer, specifically, components of signaling pathways that are involved in cell cycle regulation, progression of metastasis and development of drug resistance. One of the major challenges for treatment of aggressive prostate cancer is development of resistance to chemotherapeutic agents and hormone ablation therapy. We are conducting research on the role of microRNAs on regulation of gene expression and development of resistance to therapies. Our research led to identification of a signature set of microRNAs for detection of aggressive and drug resistant cancers.  Additionally, we are determining the mechanism of altered responsiveness to the agents that are involved in induction of mitotic arrest and apoptosis. Our research is directed towards determining the functional roles of cell cycle regulatory proteins, kinases and proteinases on cell cycle progression and turnover of tumor microenvironment. Our studies indicated that DNA replication licensing protein Cdc6 is hormonally regulated and its expression profile could be used as a diagnostic marker for progression and metastasis of prostate cancer. Our studies also identified a functional link between expression of a cytoskeleton regulatory protein and promotion of invasion and metastasis. We are also conducting high throughput screening of compound libraries for identifying novel anticancer agents. Furthermore, we are conducting collaborative research on optimization of uniquely fabricated multifunctional biodegradable polymer particles for cell-specific binding and delivery of therapeutics specifically to cancer cells, and separation of cancer cells from normal cells. Our collaborative research also includes studies on the function of kinases and their native substrates in regulation of cell cycle progression through reversible protein phosphorylation in protozoan parasites.