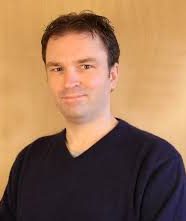 Influenza A virus (IAV) represents a global health concern, particularly for at risk segments of the population including the very young and aged. In the United States alone, seasonal IAV infection is responsible for over 200,000 hospitalizations per year and an economic burden estimated to exceed 87 billion dollars during the flu season. Protection against IAV generated through current vaccine strategies is not optimal; studies conducted during the 2014-2015 flu season estimated only around 25% efficacy of immunization across all age groups.

Most current vaccines aim to generate high titers of neutralizing antibodies that will recognize and bind to a specific pathogen thereby preventing infection. IAV vaccines target antibody production against the viral hemagglutinin (HA) and neuraminidase (NA) proteins that are key for facilitating entry into host cells and productive infection. However, IAV rapidly mutates to escape recognition by neutralizing antibodies and this largely underlies the need for annual vaccine reformulation, based on predictions of which HA and NA molecules will be expressed by seasonal IAV variants. Current vaccines against IAV are of very little protective efficacy in cases of mismatch between the HA and NA molecules present in the vaccine versus those expressed by circulating seasonal strains. Perhaps more importantly, current vaccines are ineffective when unexpected pandemic IAV strains, such as the ‘bird flu’ or ‘swine flu’, emerge during the flu season.

CD4 T cells, traditionally labeled as the ‘helper’ cells of the immune system, have recently been shown to also exert several powerful anti-viral functions. Evidence from animal models of IAV infection and clinical studies suggest that memory CD4 T cells can provide strong protection against several pathogens, including IAV, even in the absence of neutralizing antibody.

Dr. McKinstry’s lab is focused on two fundamental questions. First, how do memory CD4 T cells combat IAV? Our studies have identified that several specialized subsets of memory CD4 T cells contribute to viral clearance through unique mechanisms. Current research in the lab seeks to identify how to harness the anti-viral potential of memory CD4 T cells while minimizing immunopathology in the lung. Future work will determine whether protective memory CD4 T cell functions can be harnessed and optimized to combat other dangerous pathogens as well as cancers.

The second focus of Dr. McKinstry’s research is understanding how the most protective memory CD4 T cells are be generated through vaccination. Current vaccines do not stimulate the formation of strong T cell immunity. Recent studies have defined that memory T cells able to survive long-term at sites of infection (or vaccination) are crucial for providing optimal protection upon rechallenge. The requirements for generating such ‘tissue-resident’ memory T cells are not clear but seem to be distinct from the signals that drive the generation of memory cells present in secondary lymphoid organs. Defining critical elements of the pathway supporting tissue-resident memory CD4 T cell generation in the lung (the site of IAV infection) will allow for innovative vaccine strategies to improve protection against IAV and other important respiratory pathogens.