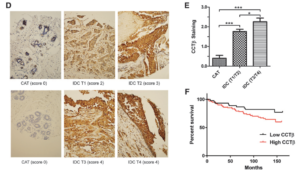 We are grateful for the support of the following individuals and organizations.

The National Institutes of Health