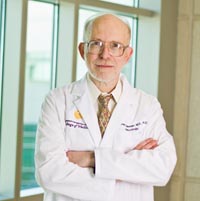 Dr. Berman has a strong record of teaching and basic science research with interests varying from general Neurology to Neurodegenerative Diseases of Aging. He is active on a national level and serves as a reviewer for the Quality Standards Subcommittee and Therapeutics and Technology Assessment Subcommittee for the American Academy of Neurology, member of the Editorial Board for E-Medicine and Chief Editor for eMedicine Neurology, and a member of the American Academy of Neurology and the Society for Neuroscience. He was inducted into Phi Beta Kappa and the Alpha Omega Alpha Medical Honor Society.

Dr. Berman began his medical career at the University of Illinois where he earned a combined M.D/Ph.D. degree. He continued his training at the Johns Hopkins affiliated Greater Baltimore Medical Center, then Neurology Residency & Molecular Genetics fellowship at Baylor College of Medicine. Upon completing this training, Dr. Berman was appointed as Assistant Professor of Neurology at the University of Chicago where he performed basic research on Alzheimer’s disease and had a clinical practice focused on neurogenerative disease. In his final year at Chicago, he held a concurrent Visiting Scholar position at Harvard Biological Laboratories where he continued his research related to Alzheimer’s disease. In 1989, Dr. Berman was recruited to the University of Texas, MD Anderson Hospital as an Assistant Professor of Neurology. In this position he continued his Alzheimer’s research and his clinical practice focused on treating neuro-oncology and geriatric neurodegenerative patients. Next, Dr. Berman moved to Boston, where he completed a Clinical Neurophysiology and Neurorehabilitation fellowship at Harvard Medical School. During his time at Harvard, he served as Instructor then Assistant Professor for the Departments of Neuroscience and Psychiatry. In 1996, Dr. Berman became a Professor of Neurology for Louisiana State University. In this role, he expanded his research and served as a PI or co-PI on numerous clinical protocols for stroke, neuropathy, and muscular dystrophy studies. Before coming to UCF, Dr. Berman served as Professor of Neurology at Dartmouth Medical School and Chief of the Neurology Service at one of Dartmouth’s two major teaching hospitals, the White River Junction Veterans Hospital.

The College of Medicine welcomed Dr. Berman in October of 2010. In his role as Professor of Neurology, he is responsible for developing and implementing neuroscience curriculum in the Mind and Body module.  He also serves as an Assistant Director for the Focused Individual Research Experience and Core Neurology Clerkship. In addition, spends a portion of his time practicing neurology at UCF Health.

James, J and Berman S. A 66 Year-Old Woman With Weakness and Worsening Vision. Medscape Neurology and Neurosurgery—Neuroimaging Case Challenge. May 3, 2010.