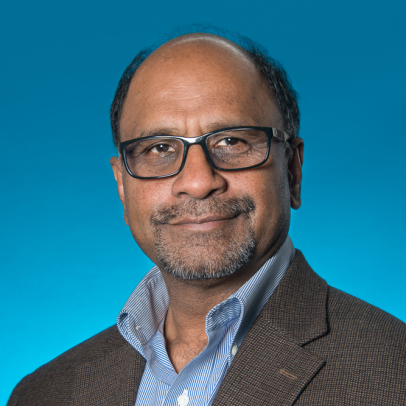 Dr. Periasamy received his PhD in Biochemistry, at the Universite’ de Montpellier located in France. He then pursued his extensive Post-doctoral research training, both at Albert Einstein’s college of Medicine and at Boston children’s Hospital / Harvard Medical School. He completed faculty appointments including Assistant and Associate Professor in the Department of Molecular Physiology and Biophysics at the University of Vermont, eventually progressing into the role of Professor and Director of Molecular Cardiology at the University of Cincinnati. In 2001 he was appointed Professor and Chair for the Department of Physiology & Cell Biology at Ohio State University, where he played a prominent role in building a thematic research program in Cardiac Muscle Physiology.

Dr. Periasamy joined the College of Medicine in 2018. He will be involved in research, teaching and training of graduate, undergraduate and medical students. His laboratory seeks to understand the factors that contribute to ageing induced muscle loss, dysfunction and diabetes. Dr. Periasamy has trained over 35 students and post-doctoral fellows and has significant experience in teaching, research, and mentorship.

Over the years, he has served on a number of university and advisory committees, including the role of President of the Associate of Chairs of Physiology Departments and Chair of NIH /AHA study committees. He has been invited to present on multiple occasions around the globe. Dr. Periasamy has been awarded numerous competitive grants for his research endeavors, exceeding a total of $17,000,000. He has also been awarded the AHA Established Investigator Award and been recipient of a number of honors and fellowships.