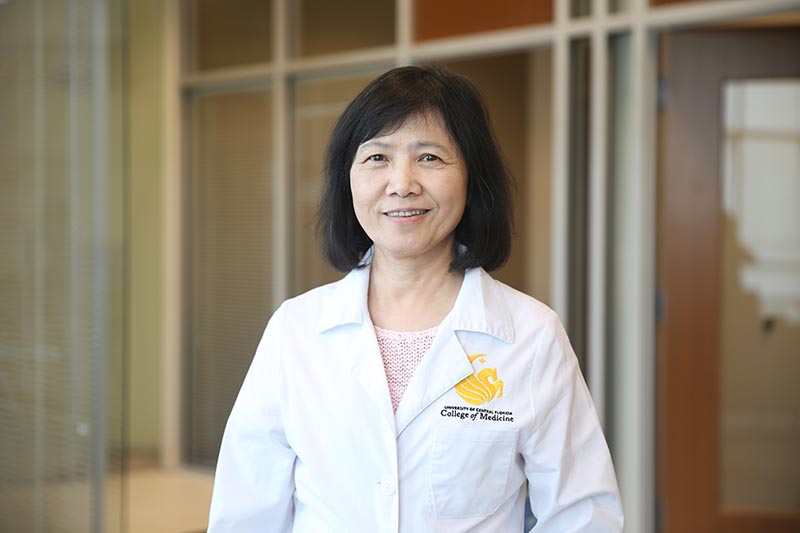 Dr. Le-Chu Su earned a PhD in Nutrition from Mayo Clinic and University of Minnesota, Medical Doctorate from Case Western Reserve University and is board-certified in Gastroenterology, Internal Medicine and Nutrition.  Dr. Su was an Assistant Professor of Medicine for Case Western Reserve University. For over 20 years, she was a practicing physician at a number of medical centers and hospitals, namely MetroHealth, University MedNet, and most recently the Cleveland Clinic Foundation. In 2008, Dr. Su held the role of Acting Director of the Nutrition Fellowship in the Department of Gastroenterology and Hepatology at the Cleveland Clinic Foundation. Dr. Su joined UCF College of Medicine in November 2015 as an Associate Professor and is establishing the Gastroenterology practice at UCF Health.  She also participates in the Renal and Gastroenterology Module in the 2nd year of the M.D. program and will conduct research as her practice is established. Dr. Su has over 20 years teaching and research experience. She was awarded Master Physician of the American Academy of Gastroenterology in 2011 and IBC Leading Health Professionals of the World in 2010. Dr. Su has also been recognized as an America’s Top Physician since 2003 and America’s Top Gastroenterologist since 2007. Dr. Su is currently serving as a Diplomat in Gastroenterology and Internal Medicine with the American Board of Internal Medicine. She is also a Diplomat in Physician Nutrition Specialist for the National Board of Physician Nutrition Specialists.  She was honored as a Fellow of the American Gastroenterological Association and serves as a member of the Mentor and Advisor Program with the American Gastroenterological Association.  Dr. Su’s interests include inflammatory bowel disease, Celiac disease, malabsorption and nutrition.