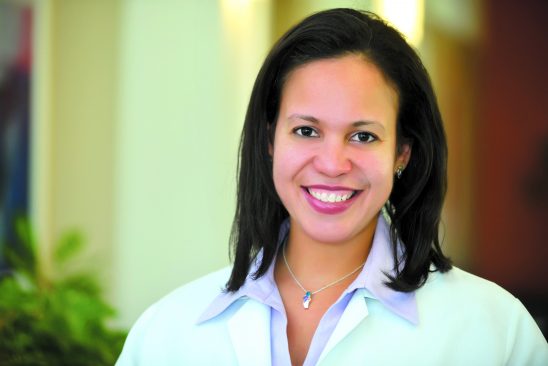 Dr. Aileen Caceres began her medical career with the University of Medicine and Dentistry of New Jersey, part of the Robert Wood Johnson Medical School in New Brunswick, NJ. She then completed her residency in Obstetrics and Gynecology with the Albert Einstein College of Medicine in New York, NY. Additionally, Dr. Caceres completed a Clinical Pelvic Reconstruction Fellowship with Memorial Sloan-Kettering Cancer Center in New York, and an Advanced Laparoscopy, Endoscopic, and Robotic Surgery Fellowship at Florida Hospital in Celebration, FL. She is licensed in the state of Florida and New York, and is board certified by the American Board of Obstetrics and Gynecology.

The UCF College of Medicine welcomed Dr. Caceres in August 2009 as an Assistant Clinical Professor. In addition to this role, she became the Obstetrics and Gynecology Clerkship Director in July 2014. Dr. Caceres also serves as a Clinical Instructor and Advisory Board Member with Herzing University. She is the Founder of Caceres Specialized Gynecology in Celebration, FL where she is a Gynecological Surgeon and Expert in Minimally Invasive and Robotic Surgery.

Dr. Caceres has received numerous honors and awards throughout her career. In 2016, she was named a “Top Female Provider” in Osceola County and a “Top Provider and Best Performance for Patient Experience” in Central Florida for women’s health. Additionally, Dr. Caceres was named a 2015 Top Performer in Patient Experience by the Florida Hospital Medical Group. She also serves as an Abstract and Video Grader for the American Association of Gynecologic Laparoscopists.